“TOD” is a light hearted and moving celebration of the powerful connection between a family, a neighborhood, and a free roaming, special canine.

The dog’s name, “TOD,” is the acronym for “The Other Dog,” a name derived from the position he held in his former family. He became “The Other Dog” after he charmed his way into that family and became their second pet. After his former owner’s divorce Tod stayed with the husband and was consequently abandoned by his former mistress who took their first animal when she moved to her new home. It was an event that broke TOD’s heart and left a huge hole.

The evening before the Gartenbergs were scheduled to move into their new home they paid a visit before the mover’s arrival the next day. The huge black dog came to find out who the intruders were and scared the bejesus out of Ad. Janae came to his rescue and coaxed Tod to allow her to pet him. When she did he mournfully whined as her touch reduced him to a pile of quivering, slobbering black fur.

That evening the beast of a dog adopted Janae Gartenberg as his human female. That same evening, Ad’s place in the pecking order of things came behind Janae and declined even further when Tod met his future girlfriend, Jazzie.

Tod is a beast in the truest sense. A mixed breed of the combined Bouvier de Flandres pedigree and a mystery variety, the huge animal stands about three and a half feet and weighs nearly two hundred pounds. His fangs, of which half are permanently, partially on display below his upper lips, are as long as Ad Gartenberg’s fingers. His growl is convincing and can be as terrifying as the MGM lion’s.

TOD is a story told in first person by Ad Gartenberg. It includes his wife Janae, their son Jean Troy (JT), their neighbors and friends, their neighborhood and other critters they acquire along the way. The antics of these beasts and the human reactions they spawn may, at times, seem farfetched. In spite of the fanciful narrative, what happens in the book changes lives and makes The Gartenberg Plantation lively and more enjoyable.

Read an Excerpt from TOD

“What did you do after you got here?” I asked.

“I waited for a half hour or so to see whether or not another animal showed up and when it didn’t I peeked inside. The little foxes are in there. Don’t you hear them?”

I didn’t want to disturb a nursing mother if she was there but reasoned that the kits wouldn’t be making much noise if their mother was with them. Getting ready to take the chance I knew I’d have to take if the babies were to be rescued, I put on my leather jacket and gloves. I decided how I would protect my head from a frightened mother fox if I had to and inched forward to peer inside the den. I encountered nothing threatening and when I peered inside the den, sure enough there were five baby foxes that I calculated weren’t more than a day old. They were hungry and, to me, it didn’t look like they could last much longer without attention from something that was equipped to feed them.

“Let’s take them home and introduce them to Jazzie and see what happens. Since she’s still nursing sometimes, she may adopt them. I’ll call Dave Rollins and see if he knows of a place who takes in wild animals.”

In our hurry to leave the house we forgot to bring something to put babies in. I didn’t think there was any danger beyond a scratch or two, so I took off my jacket and lay it on the ground beside the nest.

“I’ll hand them to you Honey. You can wrap them in my coat and we’ll carry them in it.”

I crawled closer to the opening and positioned myself to reach inside. I carefully peered in again, making sure I hadn’t overlooked a scared or injured adult that I couldn’t handle. Relieved that only the babies were there I reached in and got the first one. It was a little male that didn’t weigh more than two or three ounces. He was unhappy but seemed to calm a bit when I held him. I passed him to Janae then did likewise with the others. There were four males and one female. It didn’t take long and soon we had them all in hand. Before I retreated I searched the nest to make sure we hadn’t overlooked a runt or one that was sick or injured. To my relief no one was left in the nest.

Janae carefully wrapped them so that they stayed warm and wouldn’t fall out and we started walking for her car.

“No you won’t, I’m the one who knows what a mommy does. You just help me if I trip or stumble. Ad, they’re so cute. Why would a mother leave such beautiful babies?”

“Honey, I’m going to tell you again. I’ve seen a lot of just born puppies and kitties and other small animals and I don’t think any of them have been cute. They look and sound like baby rats and rats aren’t cute. I don’t know much about what happened here, but maybe something frightened her while she was giving birth or maybe she was looking for food and something got her. You just never know but something caused her to be afraid to return. We’ll do what we can to take care of these little guys though,” I answered.

On the way home I formulated a plan that might work to integrate the two families. When we got there I took my gloves to Jazzie to see how she’d react to the scent of another genus. She sniffed them and didn’t react negatively so I left them there for a while. When she heard the babies her ears perked up and seemed a little curious about the noise. She started to get up once or twice but decided against it and lay back down.

I was worried and wanted to hurry things along but didn’t know how. Not knowing when the baby foxes had last eaten led me to be real concerned about how much time they had left. I wanted to get this show on the road but knew that nature took time. I had to be patient and hope for the best. Tod, too, seemed to sense the urgency of the situation. He’d been patiently watching from across the patio but finally got up and strode over to Jazzie. In a manner that had the aura of authority and wisdom he lay down with her. They gazed into each other’s eyes and seemed to silently converse. I’m amazed when animals do such things and dumbfounded when they react the way I think they should. When that happens what emerges is always the right thing. It’s as if they telepathically talk things over and come to a solution to the problem that we didn’t know that they knew existed. She looked away from Tod and thought it over on her own for a few minutes then got up and walked to the new babies. She sniffed them then licked each of them making a face like yuck, you’re not mine and you’re dirty and you stink but maybe the boy dog is right in his thinking. Her babies were in a pile napping and hadn’t been disturbed. She continued whatever she was doing with the foxes until she apparently was satisfied and then went back to her brood. They were each ten or more times larger than the newcomers and I had a concern about them squashing the foxes. She licked them and went over them like she had when they were first born nosing them around and waking them up. One or two of them wanted to suck but she didn’t cooperate.

Janae observed, “Now watch, she’s getting the new babies scent on her babies so that they’re familiar with the smell of the newcomers. I’ll bet that she fetches the foxes and takes them to her nest and then she’ll let them nurse. Let’s watch and see.”

We watched and I worried for fifteen or twenty more minutes then she got up and went to Tod. She licked his ears and they seemed to be in serious silent conversation for several more minutes.

Jazzie then went to the kits and gingerly picked up the first one. She placed it with her babies and watched them for a few seconds, I assumed to make sure there was no disagreement. Apparently satisfied that there would be no trouble, she retrieved the others and did the same thing. When everyone was in the nest she used her nose and arranged them before she lay down. A couple of her pups were hungry and got right with it. The kits instinctively knew what to do and hungrily inched forward to find a teat and followed suit. Jazzie had only eight faucets so there weren’t enough to go around but since her babies weren’t constantly nursing and were each day eating more and more hard food there wouldn’t be much competition. Jazzie kept all the nurslings arranged so there were no arguments and so everyone that was interested got a turn. She laid her head back and looked at Tod who had moved away a couple of feet and was facing her. Her countenance seemed to say that she now agreed with him and that she was happy that she did what he’d wanted her to do. When an animal was content you could tell it. Jazzie was content and so was Tod. It was going to be fun to watch this marvel and see how Jazzie continued to handle it.

I’d heard of animals adopting orphaned babies and had seen cows and sheep do it. This was my first time; however, to watch cross genus collaboration. It seemed that a mother’s instinct was strong even when differing genus was involved. There was a strong possibility that it was going to work out.

I said to Janae, “I think that the hard part is over and I’d be real surprised now if something happened that broke the bond that’s just been established.”

“This is so exciting and I’m so happy to be a part of a miracle,” she declared with tears running down her cheeks. 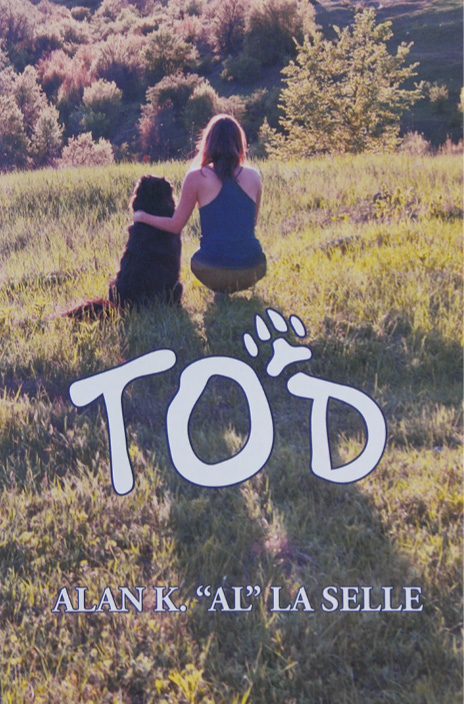