Author Alan K. La Selle’s new book “The Orchard” is a tale based on a number of actual events and adventures he experienced with his family and beloved pets. Added to the story are a greater number of imagined events that seem to continuously occur between his ears. La Selle has an active imagination and maintains the axiom: Any writer can commit true events to paper, but only a practiced prevaricator can make a reader believe a mendacium.

“The Orchard” from Page publishing author Alan K. La Selle is the second of a series of three books about the Gartenberg family, their animals, The Orchard settlement, Plantation Gartenberg, and the experiences of that family in their idyllic New Mexico neighborhood.

“The Orchard” is a sequel to “TOD”, the tale about an enormous dog that made a huge impact on The Gartenbergs, a New Mexico family that resides on a thirty-two-acre parcel in a settlement named The Orchard. Located in the smack-dab center of a small New Mexico city, “The Orchard” introduces new characters-human and animal, friend and foe, that impact the lives of the Gartenberg family.

An unusual, dangerous, animal pays The Orchard a visit and provokes considerable excitement for the Gartenbergs and their neighbors. Then there’s a federal government game warden that overplays his authority and is excruciatingly embarrassed by the Gartenberg’s cunning attorney, Joseph Marx.

Two miscreant brothers, who attempt to include The Orchard in an ingenious drug-dealing conspiracy, provide an element of peril and scheming. The drug venture is spoiled by Ad and Janae Gartenberg, Michelle Castlebury, their married daughter, and JT Gartenberg, their son, and Tod, Pete, and Jazzie, their ever-vigilant canines.

Michelle, their adult daughter, comes to live with them when her contractor husband is awarded an overseas home building project. Janae sees an opportunity to gain a first grandchild and tries to manipulate Michelle and her husband, Gideon, into taking part in the miracle of pregnancy. The couple wants to wait until Gideon completes the overseas project. Humorous mother and daughter bantering provide a waggish aspect to the tale that leaves the reader wondering what will come in the next book in this sequel, “Longears and Losers”.

Read an Excerpt from The Orchard

The standoff continued until another man dressed like the first two trotted up to us from the east. Being the same size and built like the first two, the Heyer brothers were confronted by Yeti. He’d holstered his pistol after he stopped running. Where did the chief find these monsters? I’d had no reason to pay attention to the police force and hadn’t noticed the size of our patrolman. Was the entire force the same size as these brutes? Could they all be behemoths like the guys I’d recently met?

Another cop appeared that was also dressed in dark clothes but no taller than Janae. He didn’t need to be because he was built like a fireplug with arms and weighed probably two ten. His square chin jutted out like Dick Tracy’s. There was one bushy eyebrow that nearly touched each ear. His head was squarely mounted between his shoulders but he had no neck. Sporting a shaved scalp, a wicked scar embellished his chin and ran through the corner of his mouth, stopping below his left eye. He was a vicious looking dude with a no bullshit demeanor. When I first noticed him it was apparent he was in charge. The presence of the man was assuring. If he said nothing at all he’d be in command.

Similarly dressed, Tom Holloway followed the fireplug guy. It wasn’t his normal duty assignment so he knew to stand back where he could offer support if it was needed. He knew not to get in the way of the take down squad. I backed off and motioned for Janae and JT to stand back.

“On the ground, put your hands over your head, both of you. You know how, I’ve seen you do it,” the fireplug cop loudly ordered. There was no room for disagreement. The internees apparently didn’t move fast enough. “Now, now, now,” the sawed off cop bellowed, “I don’t have all goddamned night!”

The intruders hit the ground like they’d been shot. The other three cops kicked their legs apart and began to pat them down while their faces were in the dirt. Two loaded guns, a ten inch knife and a lead filled leather sap were found. In a few seconds the Heyer brothers were in zip cuffs, their faces still in the dirt.

At the senior policeman’s command the Heyer boys were dragged to their feet. Another body search was conducted while they stood, legs spread and hands cuffed behind their backs. No more weapons were found. A couple of wallets, two rings of keys and some change were removed from their britches pockets.

Holloway wasn’t involved in this action so he stood by me and watched. “Where were you?” I asked.

He smiled, “I was the bush by the side of the bridge that shot you the finger when you went by.”

I quietly chuckled, not wanting to piss off the fireplug cop, “I don’t pay attention to bushes that do that.”

The short cop and one of the others went through wallets and the other stuff that had been taken from the bad boys pockets. “Kelly and William Heyer, you guys must be brothers,” the talking fireplug said sarcastically. When there was no answer he roared again, “Answer me, answer me, answer me. I know you two ain’t deaf and dumb. At least I know you’re not deaf.”

“You know damn well who we are,” the elder responded.

“What are you doing out here so late?”

“Just passing through, we didn’t see that anything was posted.”

“Why is your car parked up there by Stewart Street? You were walking away from it?”

“Maybe we got lost. I don’t know what you’re talking about.”

“You should know; we watched you get out of Kelly’s car and walk all the way here.”

“You must have the wrong car. That wasn’t us. You got the wrong people.”

“No we don’t, some other cops opened your car and the registration is in Kelly’s name,” the cop tapped his earbud to indicate that he was communicating with someone.

“Okay, let’s go to the station and we’ll visit for a while. I hope you don’t have anything pressing because this is gonna take some time. By the way you have some pretty heavy hardware in that car. What the hell are you doing with an arsenal like that?”

The cop with ham hands got between the pair and dug his fingers and thumb into their trapezius muscles. He started off making over a hundred steps a minute. Another cop followed but it was obvious that the first had the affair under control.

They marched past as Bill Heyer looked at me with loathing eyes, “I’m coming after you,” he said.

I held up my hand and the policeman stopped. “Tod, come here.”

Janae stepped in front of me and got right in Bill Heyer’s face, “Come here Tod,” she repeated. I stepped back. This was hers.
Tod went to her and sat at her side, facing Mr. Heyer. The dog’s head was a little above the man’s waist. Pete sat beside his Dad, waiting for a command.

Janae said, “Young man. Don’t ever threaten my husband or any of my family or I’ll have this dog eat you starting with your balls.”

“Get em,” she said to Tod, pointing to the man facing her.

Tod and Pete both growled and curled their lips in menacing snarls. They were so close that Mr. Heyer could feel their hot breath. Janae took a step backwards. Tod stood on his hind legs and laid his huge front paws on the man’s shoulders. The mongrel stood taller than the detainee by several inches. As he staggered beneath Tod’s great weight he began to quiver like a pup poopin peach seeds.

“Now tell me what you’re going to do when you come after my husband,” Janae demanded.

I remembered my first experience with Tod and knew how frightened the young man was. In an earlier description I declared that it was only my laundry lady who knew how terrified I had been. Heyer was quivering and if he hadn’t already done it, he was close to soiling his drawers. A large wet spot appeared at the front of his pants and between his legs.

“Take off the cuffs and turn him loose,” Janae ordered. “I’ll wait five minutes before I turn these two loose so he has a sporting chance. You see Wise Guy, I want these two to exercise and have some fun at the same time.”

One of the cops removed one cuff. Before he could get the other one off the miscreant cried out, “No, please don’t. I’m sorry I said that. I didn’t mean it.”

The cop removed the other cuff and stood back, smiling.

Heyer stood deathly still except for his quivering. You couldn’t tell the difference between the sweat and tears that ran down his face. The two dogs sat in rapt anticipation. Her tone had them so keyed they were ready to erupt in a spectacle of canine muscle and teeth.

Janae walked off and called the animals. Tod and Pete reluctantly followed. Tod didn’t take his eyes from Heyer until the officer replaced the jewelry and stepped out with Billy and Kelly Heyer on his each side.

Holloway turned and put out his hand, “Thanks for what you did Mr. and Mrs. Gartenberg, JT.”

“Nothing to it,” I answered. “Glad we could help,”

Janae was smiling and said, “This was fun. I hope the word gets out that there’s a mean woman here with a great big black dog. Thanks for inviting us to the party.”

The Watch Team leader had loved Janae’s exhibition of canine domination. He had a great laugh, “Damn I wish that was my dog. That worthless sonofabitch pissed his pants,” he laughed. “He sure changed his mind about coming back to see you, didn’t he? I’d heard about the huge dog that lived in The Orchard that treed that guy. I didn’t envision that he was that big or that he roared like he does. You’ve trained him well.”

“Actually we didn’t have to train him at all,” Janae said. “Nobody in my family is that smart. He came exactly the way he is. Tod is the sire of the other dog. His name is Pete and JT is training him. Actually, Tod is doing as much as JT is in the process. Both dogs are very smart and know what it takes to please the people that feed them. I had never seen a dog wipe his feet before he came in the house but Tod wiped his feet, then taught Pete to do it in only one night.”

“Thanks for what you did tonight.”

“You’re so welcome. Thanks for what you do and for letting me come along. I’ve never done this before. It was fun,” my wife said while she giggled. 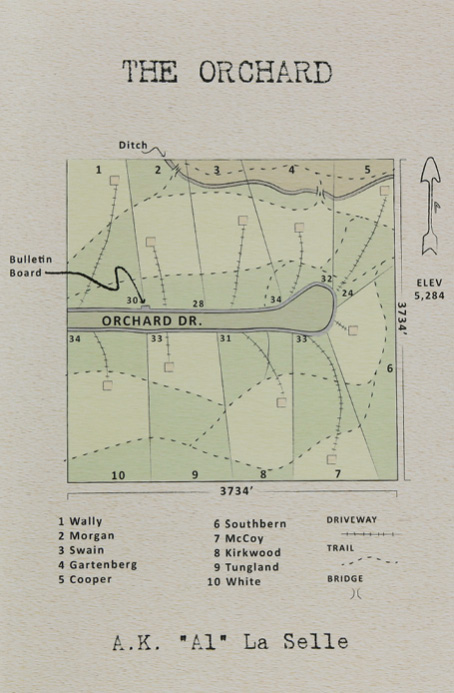